Special thanks to SBISD Advanced Movers, our coaches, to Family Point and to everyone helping our students plug into opportunities inside our district and with our community! 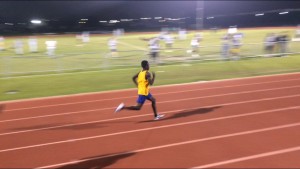 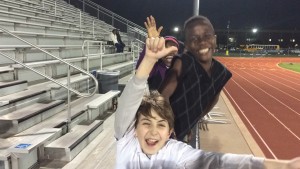 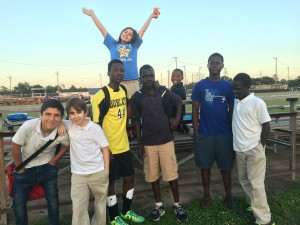 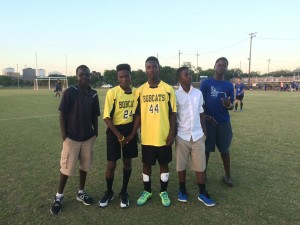 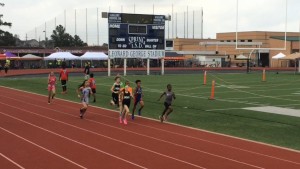 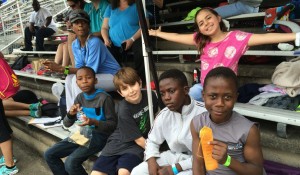 What a stroke of luck that I was on Twitter when Mike Butcher, Editor in Chief of TechCrunch was organizing a Techfugees Live event in early January! 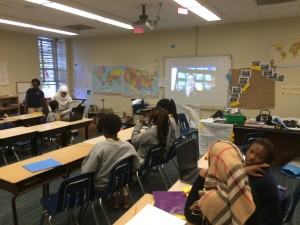 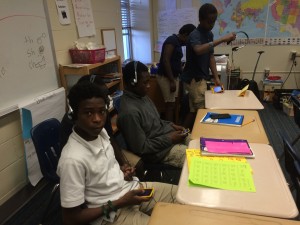 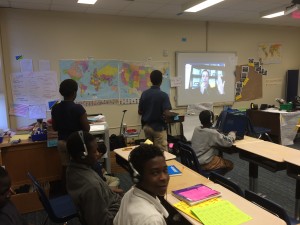 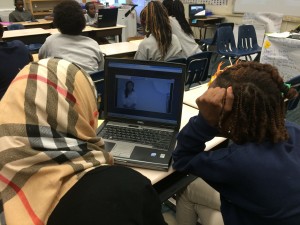 Techfugees has been incredibly inspiring to my refugee students and we are proud to be a part of the effort by showing just how quickly refugee students learn a new language, content and technology.  In the photos above we are watching the Techfugees Live event on February 13, 2016.

We were so inspired that we started coding with the “Hour of Code” before my students had all the literacy skills that are recommended for it.

We created this video to help inspire other refugees or any students who are working hard to close their literacy gaps:  Newcomers Coding

Moved by the plight of refugees in Europe, a number of technology industry people have formed a voluntary team to create the series of non-profit “Techfugees” conferences, hackathons, and work with a global network of collaborators.

In it’s first 48 hours our Facebook Group and Twitter account exploded. Today there are now over 2,000 members of Techfugees, demonstrating a huge desire amongst the tech community to get involved with this issue.

Their events are entirely non-profit, designed to bring together tech engineers, entrepreneurs and startups together with NGOs and other agencies in order to address the crisis in ways where the technology world can bring its considerable firepower.

Many many thanks to Mike Butcher, Mathew Gardiner and everyone at Techfugees who are using Tech for Good and who believe in our learners.

I met the founders of PledgeCents in the Spring of 2016.  What a great partner to have for my classroom.  Their site makes it incredible easy for teachers to raise funds for their classroom needs.  My first cause for technology raised the goal amount in the first hour and ended up doubling the amount we needed.

A few short months after we started using PledgeCents, we have raised over $1,000 for classroom materials and experiences.  They even came to our class to talk to our kids about entrepreneurship.

We are very grateful to Ricky and Andyshea for their wonderful platform! 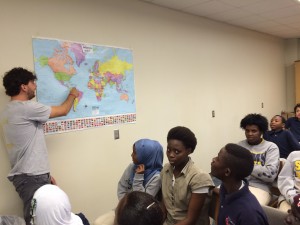 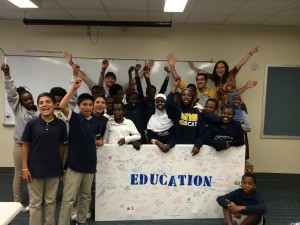 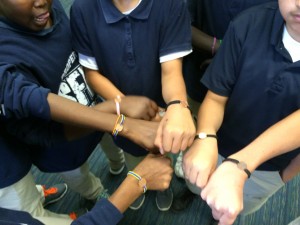 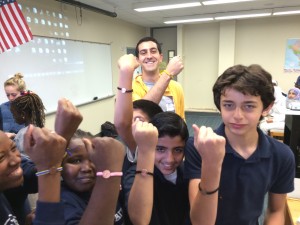 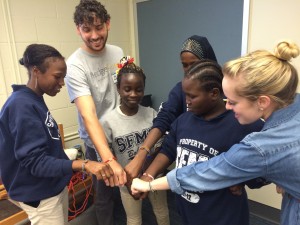 Mike Butcher, Editor in Cheif of TechCrunch said it best.  This really is “Bake Sale 2.0!”  We should all be raising funds this way. 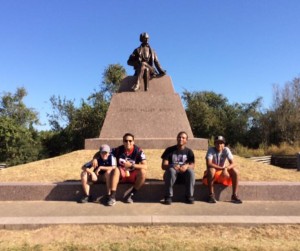 The San Felipe de Austin Heritage Learning Project began in the fall of 2015.  It is a three year collaboration between educators and professionals  to create meaningful experiences for students.  Archeologists from CEI and professionals from the THC are helping us honor students’ thinking by connecting with them and offering opportunities for teaming and project participation.  Visit the learning project website here:  bit.ly/SFdAHLP

Hello!  Thank you for visiting this blog!  If you are here for videos, they can be found here. 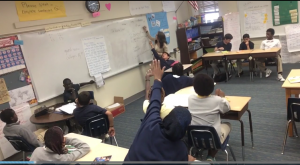 Click the links in the MENU to find what you’re looking for.  If you are here, you must have some interest in education…. your education, or that of others.  Thank you for that. 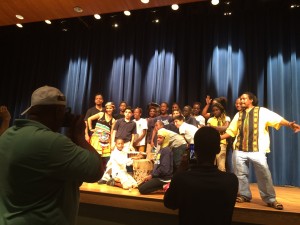 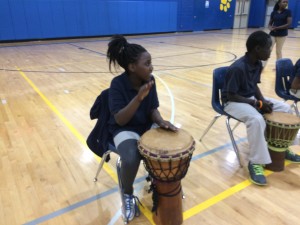 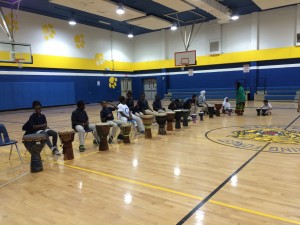 Teachers have so many standards to teach that it can be overwhelming.  I have found that grade-level Science, History, Math and Language concepts are MUCH easier to teach with students who are invested and interested in the learning.   There are so many ways to connect with our learners.

We appreciate Impande Ye Africa for helping us connect with our students through their culture and also for allowing other students to participate as well.  This after school program is made possible through a Texas Commission on the Arts grant that funded 50% of this Young Audiences of Houston enrichment opportunity.  We are so happy to see the students grow their appreciation for their culture and the culture of others.

This is translating to students who are interested in the thematic units we do to learn about different peoples, events and places in history and in the modern world. We are able to learn concepts about math, science and language at a rapid rate when we feel connected to the content. 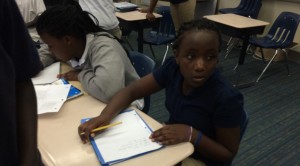 I hope to update this  blog with some examples of the many positive outcomes we have experienced with great education partners in Houston and around the world! 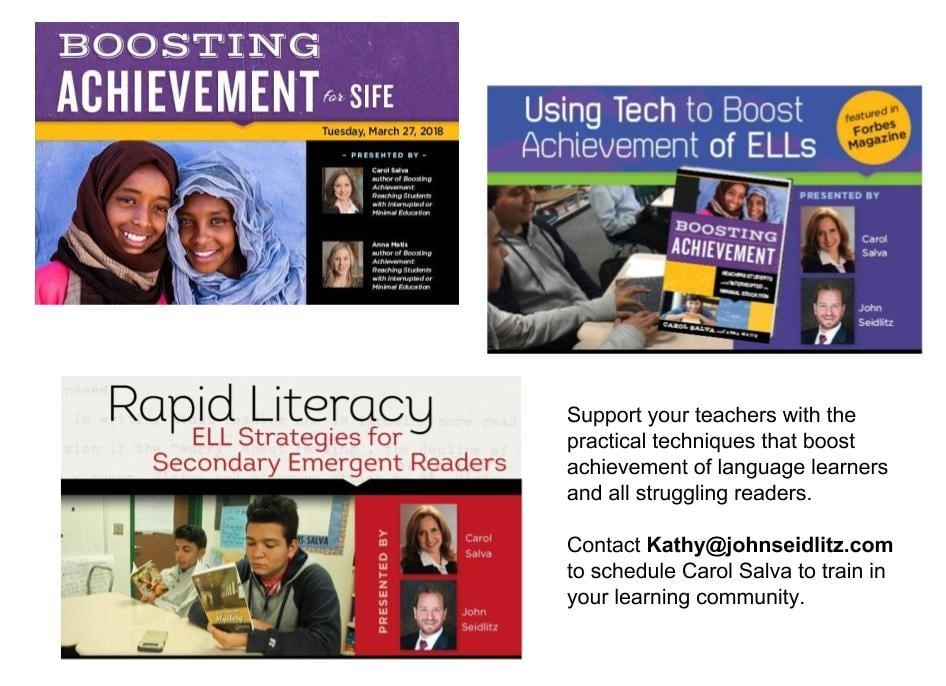